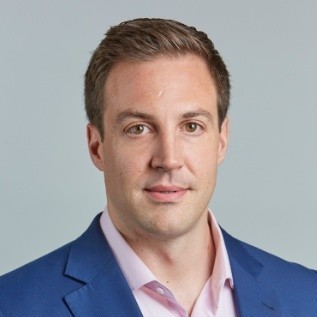 David is an executive and leader in the emerging technology and innovation space. He has c-suite experience building and leading companies focused on the commercialization of disruptive, innovative technology to include Blockchain, AI and the Internet of Things (IoT). His area of industry expertise centers on the future of capital markets with an emphasis on decentralized systems such as bitcoin and cryptocurrencies.

David has worked professionally across the Fortune 100, top financial institutions, the public sector and multilateral agencies and venture-backed startups. During his time at PwC, he helped launch a blockchain-based platform for international development agencies, and advised the U.S. Intelligence Community on national security risks and issues pertaining to cryptocurrencies.

David's point of view on innovation is that today's emerging technologies offer new models for society to re-organize and function that address issues such as systemic risk in financial markets, wealth and innovation inequality, complex systems, personal data privacy and security, and the over-reliance on trusted central authorities. As a native West Virginian, David is a strong advocate for reinventing the state’s economic opportunities by conscientiously embracing technology and the digital economy.

In 2014, David was an MIT Sloan Fellow in Innovation and Global Leadership where he focused on a principles-based approach to innovation along with emerging technologies such as FinTech, Cryptocurrencies and Blockchain through collaboration with MIT Professors and Fellows from 35+ different countries around the world.

He previously advised U.S. Treasury's TARP program during the height of the 2008 Global Financial Crisis, published numerous white papers and articles, and has spoken at conferences and events on blockchain technology and his experiences.

David has an MBA from MIT Sloan School of Management and is a 2001 Finance graduate of WVU.