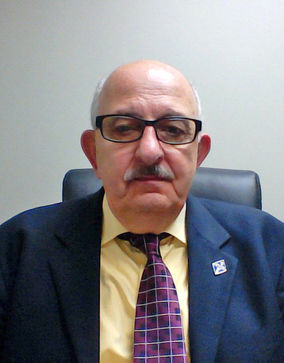 Gabriel was the secretary, treasurer and president of Gabriel Brothers, which he founded along with his brother James Gabriel. Gabriel Brothers opened its first store in 1961 in Morgantown, where the company remains headquartered.

The Gabriel brothers decided to open their clothing store after being inspired by their father Z. G. Gabriel, who began working as a clothing retailer in the 1920s. Their father sold clothing throughout Fayette County by driving around coal towns in a truck that he had outfitted with shelves and drawers.

Only one year after opening its first store, Gabriel Brothers expanded by opening the company's second location in Fairmont. The company then expanded outside of West Virginia with the opening of its store location in Washington, Pennsylvania. There was a total of 115 stores when the company was sold in 2000.

Gabriel is a 1961 graduate of WVU’s Chambers College of Business and Economics, and served on the College’s Visiting Committee. He served on the boards of Lebanese American University, One Valley Bank and Centra Bank. He also served as the president of Comprehensive Occupational Company and is active in many social and religious organizations.