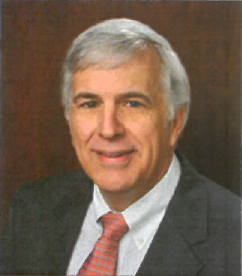 Burton previously led the West Virginia Workers’ Compensation Commission (WVWCC), which was losing approximately $1 million per business day before he became executive director in 2003. During Greg’s time at the WVWCC, he and his team played a central role in the successful reform of West Virginia’s workers’ compensation system.

He has more than 30 years of management experience in the insurance and financial services industries and in both state and local government. His experience includes serving as cabinet secretary of the West Virginia Department of Administration (2001-2003); city manager of Charleston (1998-2000); chair and board member of the West Virginia Health Care Authority (1995-1998); assistant vice president, Investment Banking with Ferris, Baker Watts (1994-1998); vice president, head of corporate trust with Bank One (1985-1993); and assistant vice president of Bank of West Virginia (1983-1985).

Burton lives in Charleston with his wife Kim. They have been married 39 years and have two sons, Nicholas and Nathan. They also have four grandchildren, Kieran, Elise, Bella and Sean.