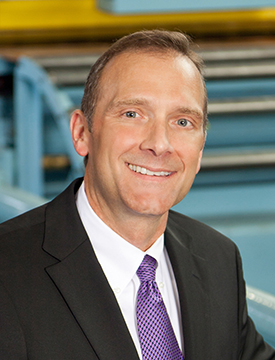 Joe Eddy recently retired as President/CEO of Eagle Manufacturing Company in Wellsburg, WV and Executive VP of Justrite Safety Group in Chicago, IL, after successfully integrating the operations of these two world class manufacturers after Eagle was acquired by Justrite in 2018. Joe maintains an ownership interest in the Justrite platform of companies, and manages his energy and management consulting company, Enhanced Technologies, his energy development company, Pinnacle Holdings, and the real estate investment trust, Heritage Holdings.

Joe was born in Parkersburg, West Virginia and grew up on a cattle farm in Friendly, W.Va., graduated from Sistersville High School, receiving four scholastic and athletic scholarships, and then played football and rugby while earning his Petroleum Engineering degree from Marietta College. Joe has consistently proven an outstanding sports, community and business leader. During his 24-year career at Eagle, Joe has made significant and lasting contributions to his hometown of Wheeling, Eagle’s hometown of Wellsburg, the State of West Virginia, and the nation. Under Joe’s leadership, Eagle ranked No. 5 nationally by Chief Executive Magazine’s “Best Private Companies for Leaders” in 2012; won the prestigious National Association of Manufacturers Sandy Trowbridge Award for Excellence in Community Service in 2015; received the President’s E-Award for Excellence in Export Growth in 2016; and was named HBS Dealer’s “Top Brand” in manufacturing in West Virginia and one of the Top 50 manufacturing brands in the United States

Joe was also Executive Producer of the television series “Shale Valley”, and speaks at many conferences about economic development opportunities from downstream development of West Virginia’s natural gas resources; is a key spokesperson for the statewide education initiative’s Energy Speaks and Explore the New Manufacturing; is a regular guest on the television show “On Money” and radio show “Inside Shale”; was a guest writer and speaker for the 2014, 2015 and 2017 West Virginia Economic Outlook conferences; and a judge of WVU’s and Marietta College’s annual business plan competitions. Joe was a recipient of The State Journal’s “Who’s Who in WV Business” in 2013, and WV Executive’s Sharp Shooter Award in 2017.

Joe earned a BS in petroleum engineering from Marietta College and has completed advanced studies at the University of Wyoming and University of Chicago. Prior to moving back to West Virginia and joining Eagle in 1996, he held engineering and management positions at Amoco Production Company in Andrews, Texas; Gulf Oil Corp. in Bakersfield, California; Spectrum Resources in Marietta, Ohio; and Tazwell Corp. in Jackson Hole, Wyoming. He also manages his energy companies, Enhanced Technologies and Pinnacle Holdings, and the real estate investment trust, Heritage Holdings LLC. Joe and his wife Debbie have been married 34 years and reside in Wheeling, West Virginia.

Joe has a BS in Petroleum Engineering from Marietta College and advanced studies at the University of Wyoming and University of Chicago. Prior to joining Eagle in 1996, he held positions at Amoco Production Company in Andrews, TX, Gulf Oil Corp in Bakersfield, CA, Spectrum Resources in Marietta, OH, and Tazwell Corporation in Jackson Hole, WY. Joe and his wife Debbie have been married for 34 years and reside in Wheeling, WV.